Badawy Law Office was instructed as counsel by private investors and corporations to either prosecute, defend or provide advice on score of large-value complex arbitral cases in disputes spanning the economic spectrum, with an emphasis on investments, construction, project finance, power generation, oil and gas, and corporate disputes. 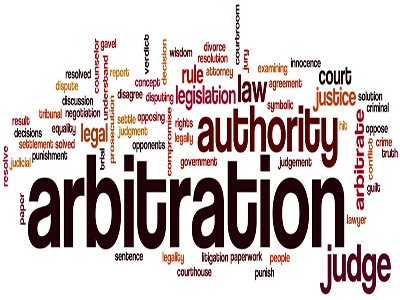 – In 2015, the OFFICE successfully represented ABB Petroleum in an arbitral hundred-million dollars dispute before Cairo Regional Centre for International Commercial Arbitration CRCICA against one of the petroleum sector companies.

– In 2021, the OFFICE successfully represented Homan Engineering Sarl (Djibouti), in its arbitral dispute against Futron Inc. before the American Arbitration Association (AAA) concerning one of the U.S Department of State construction subcontracting.

– Representing El Menia Royal Cement Company’s shareholders in its arbitral shareholders’ agreement based dispute raised in accordance to the ICC rules before the Arbitration Centre of the Public Union of the Chambers of Commerce concerning reimbursement of shares and compensation equivalent three billion USD.

– Representing an Egyptian contracting company before Cairo Regional Centre in its arbitral case against the Egyptian European Real Estate Company concerning the construction of Ryhana compound at 6th October City.

– Representing Boderton Company, which is a British legal entity, in its case before Cairo Regional Centre against a law firm arose from a professional fee agreement. While acting as a legal counsel in such case, the Office succeeded in getting an ex-parte order from the Egyptian courts with terminating the arbitral procedures which constitutes a judicial precedent.

– Representing an Egyptian contracting company before Cairo Regional Centre in its arbitral case against the Bunnyan Company, one of the Citadel Group affiliations, concerning the construction of the Neopolis project at 6th October City.

– Advising Greiner Company, which is an Austrian legal entity, on its arbitral case before the Stockholm Arbitration Centre.

– Advising Dr. Ahmed HAHGAT Group companies in its arbitral dispute against a number of the Egyptian banks concerning a shareholders’ agreement.

– advising Milco Mec for elevators and Escalators (Mitsubishi agent in Egypt) in its dispute before Cairo Regional Centre against the Arabian Company for Touristic Projects which owns Cairo Sheraton Hotel arose from Sale Purchase & Maintenance Agreement.

Badawy Law Office was instructed as counsel by private investors and corporations to either prosecute, defend or provide advice on score of large-value complex judicial cases in disputes spanning the economic spectrum, with an emphasis on investments, construction, project finance, power generation, oil and gas, and corporate disputes. 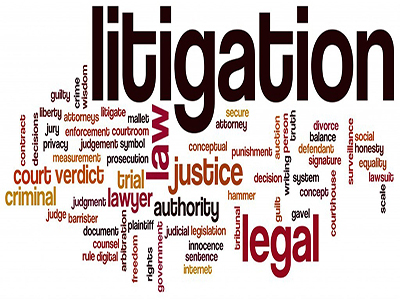 – Representation of the European Union in many disputes before the Egyptian courts arose from donation agreements.

– Representation against Orascom for Construction Company in a nullity case of a hundred-million dollars arbitral award.

– Successful representation of Griener extrusion (An Austrian Company) in defending a dispute claiming the nullity of a hundred-million dollars arbitral award.

– Successful representation of Griener Austrian Company in its claim of compensation against Blom Bank as a garnishee to pay multi-million dollars debit garnished under its possession by virtue of a foreign arbitral award.

– Representation of export and Import Bank of the United State “Ex-Im Bank” in many multi-million dollar disputes against Egyptian exporters.

– Representation of ABB Petroleum (Switzerland) in claiming the nullity of an arbitral hundred-million dollars award before the courts against one of the petroleum sector companies.

Out of our extensive expertise in handling the arbitral and judicial disputes, our services in the corporate and commercial matters are sprout from down-to-earth people who devote themselves to guide the clients to navigate through complex laws and to provide the clients with protection and peace of minde through the day-to-day local legal activities and contract services, while the clients’ management focuses on short and long-term sustainability and growth.

Badawy Law Office acted as the Egyptian legal counsel on the tripartite agreement concluded among CSCEC (CHINA STATE CONSTRUCTION ENGINEERING CORPORATION LTD), Sinovac (SINOVAC LIFE SCIENCES CO. LTD), and VACSERA (THE HOLDING COMPANY FOR BIOLOGICAL PRODUCTS &VACCINES), for the construction of the fully-automated cold storage facility that will be the largest vaccine storage center in Africa to assist in localized vaccine production, technology transfer and drug research and development for joint vaccine production, according to which the Sinovac vaccines are locally manufactured in VACSERA’s factory in Egypt, with the final product carrying the VACSERA-Sinovac label.

Badawy Law Office acted as the Egyptian legal counsel for “HOMAN for Civil and Marine Contracting” on the conclusion and implementation of its FIDIC construction contract with Emaar Egypt for the marine construction of Marassi Marina and Yacht Club in North Coast (the Project).

The Project that includes the construction of the first international marina on North Coast, and covers 1.16 million square meters, will be the most significant tourist marina on the Mediterranean Sea’s southern border.

Ossama Badawy, the Managing Partner, remarked on the transaction, declaring, “it has been our pleasure of being a part of this project, working alongside brilliant Homan teams, and we are confident that, once completed, this project will create a flagship Seaport that will attract more visitors from Egypt and around the world, as well as continue to solidify Egypt’s economic progress and leadership in the Middle East and Africa.”