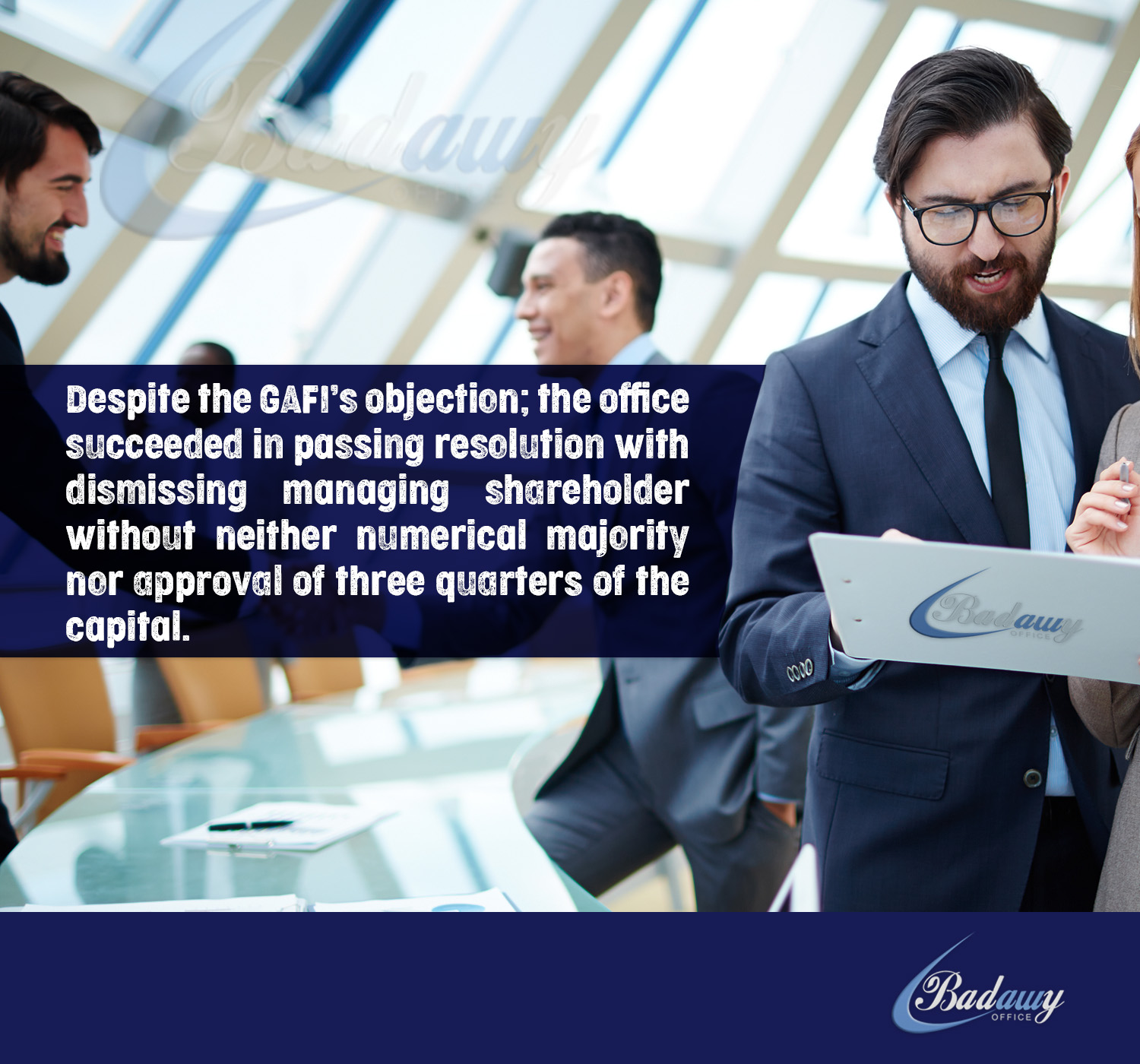 Despite the GAFI’s objection; the office succeeded in passing resolution with dismissing managing shareholder without neither numerical majority nor approval of three quarters of the capital. One of Badawy Law Office’s achievements in the corporate area, which represents a legal precedent as per the statement of the General Authority For Investment (GAFI), is represented on obtaining, in favor of one of its clients affiliated to a global group of companies,

a revocation decision from the Grievances Committee at the office’s challenge submitted against the GAFI’s decision that ended up violating the resolution issued from the client’s General Assembly Meeting to the law provisions when it approved, without neither the numerical majority nor the approval of three quarters of the capital, to dismiss the managing partner in a limited liability company existing between just two partners where each of them owns 50% of the capital.

Mr. Ossama Badawy, the Office’s managing Partner, emphasized that the aforementioned revocation decision was issued based on the legal defenses addressed by the office against the insufficiency and contradiction occurred on the provisions of the model memorandum of association adopted by the GAFI; and the same defenses which have been accepted by the committee, motivated its members – at the same time – to encourage the GAFI to extract a ministerial amendment to the said provisions of the model memorandum of association.

It is worth to mention that the GAFI moved in executing the committee decision immediately upon its issuance by authenticating the minutes of the client’s General Assembly Meeting as per the law.