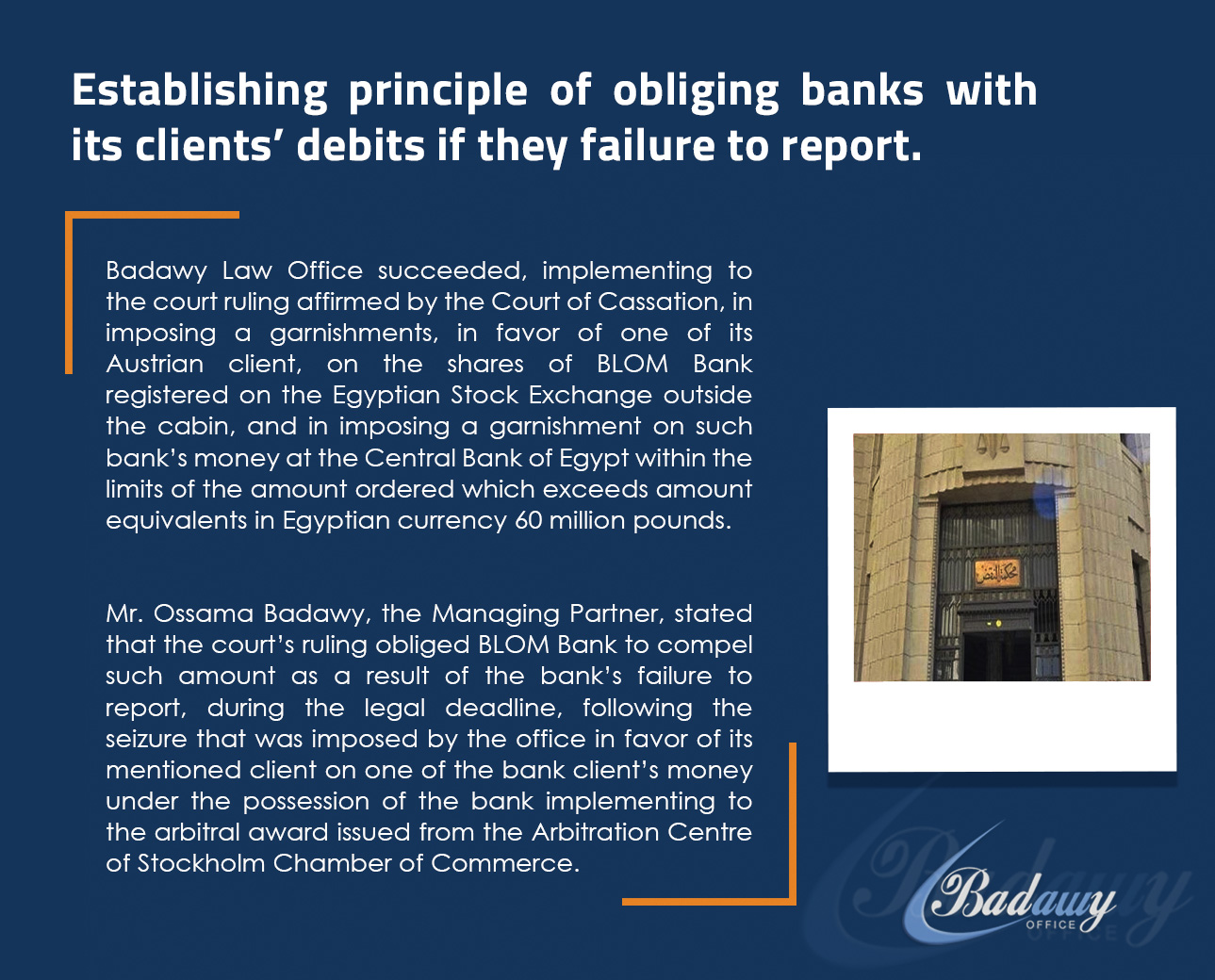 Mr. Ossama Badawy, the Managing Partner, stated that the court’s ruling obliged BLOM Bank to compel such amount as a result of the bank’s failure to report, during the legal deadline, following the seizure that was imposed by the office in favor of its mentioned client on one of the bank client’s money under the possession of the bank implementing to the arbitral award issued from The Arbitration Centre of Stockholm Chamber of Commerce.

Badawy Law Office succeeded, implementing to the court ruling affirmed by the Court of Cassation, in imposing a garnishments, in favor of one of its Austrian client, on the shares of BLOM Bank registered on the Egyptian Stock Exchange outside the cabin, and in imposing a garnishment on such bank’s money at the Central Bank of Egypt within the limits of the amount ordered which exceeds amount equivalents in Egyptian currency 60 million pounds.